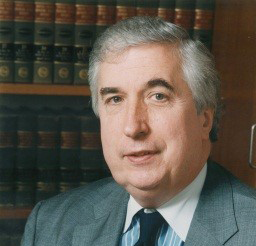 John C. Coffee, Jr. is the Adolf A. Berle Professor of Law at Columbia University Law School and Director of its Center on Corporate Governance. He is a Fellow at the American Academy of Arts and Sciences and has been repeatedly listed by the National Law Journal as among its “100 Most Influential Lawyers in America.”

Professor Coffee has been a member of the Legal Advisory Board to the New York Stock Exchange, the Legal Advisory Board of the NASD, the Market Regulation Committee of the NASD, and the Economic Advisory Board to Nasdaq. He served as a Reporter to the American Law Institute for its Principles of Corporate Governance: Analysis and Recommendations, was a member of the SEC’s Advisory Committee on the Capital Formation and Regulatory Processes, and served as chairperson of the Section on Business Associations of the Association of American Law Schools.

Professor Coffee is the author or editor of several widely used casebooks on corporations and securities regulation, including Coffee and Sale, Securities Regulation: Cases and Materials (12th ed. 2012); Choper, Coffee and Gilson, Cases and Materials on Corporations (8th ed. 2013); and Klein, Coffee, and Partnoy, Business Organizations and Finance (11th ed. 2010). His books include Coffee, Gatekeepers: The Professions and Corporate Governance (Oxford University Press 2006); Coffee, Lowenstein, and Rose-Ackerman, Knights, Raiders and Targets: The Impact of the Hostile Takeover (Oxford University Press 1988); and Ferran, Moloney, Hill and Coffee, The Regulatory Aftermath of the Global Financial Crisis (Cambridge University Press 2012). According to a recent survey of law review citations, Professor Coffee is the most cited law professor in law reviews over the last ten years in the combined corporate, commercial, and business law field.